At least seven people were killed and dozens injured in Nigeria’s capital after thousands of panicked job-seekers stampeded during a government recruitment drive in the national stadium on Saturday, March 15, 2014.

Survivors told AFP that thousands had gathered to apply for jobs with the immigration department in the Abuja stadium.

One witness said the stampede broke out as applicants surged towards a central stage. They said only one entrance to the 60,000-capacity stadium was open. It wasn’t clear how many people were inside at the time of the crush.

“The immigration service was having a recruitment exercise at the stadium, there was a stampede and they brought the victims to the national hospital,” said hospital spokesman Tayo Haastrup.

No official casualty list was given, but an AFP journalist on the scene counted seven dead and dozens injured.

Many injured people could not be admitted to hospital due to lack of capacity.

Those with stable injuries “will be sent to other hospitals so that we can deal with the numerous injured that continue to arrive,” said Haastrup. (via Vanguard)

See Photos From The scene below: 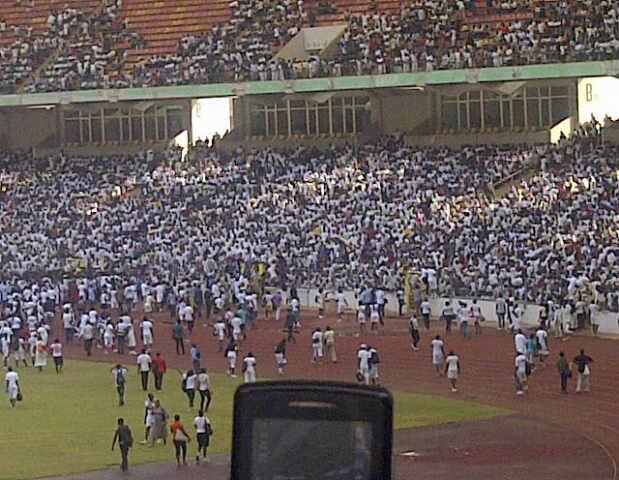 4 Modern Marketing Techniques You Must Try

How To Withdraw Money From Merrybet?

August 13, 2022
0
Presidential candidates of all political parties in Nigeria will pay N10million each to last their posters in Anambra State, the state government has revealed. These...

Opinion: May Nigeria Happen To Us [MUST READ]

5 Most Beautiful Beaches In Egypt

August 4, 2022
POPULAR CATEGORIES
(C) 2018 The Trent is a publication of Ziza Media, A Division of Ziza Group
TOP MENU